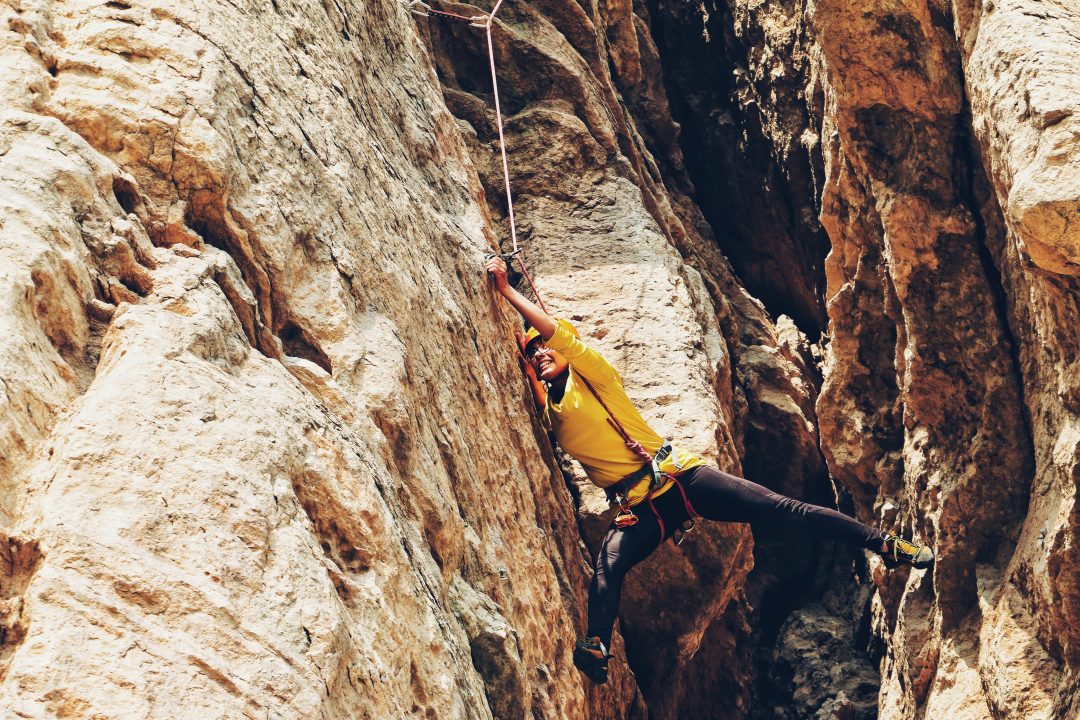 Apple was facing its first decline in sales.

Amazon did not exist.

Samsung was splitted into 4 groups and was looking its way.

Toyota begun for the very first time to offer a full line of cars. 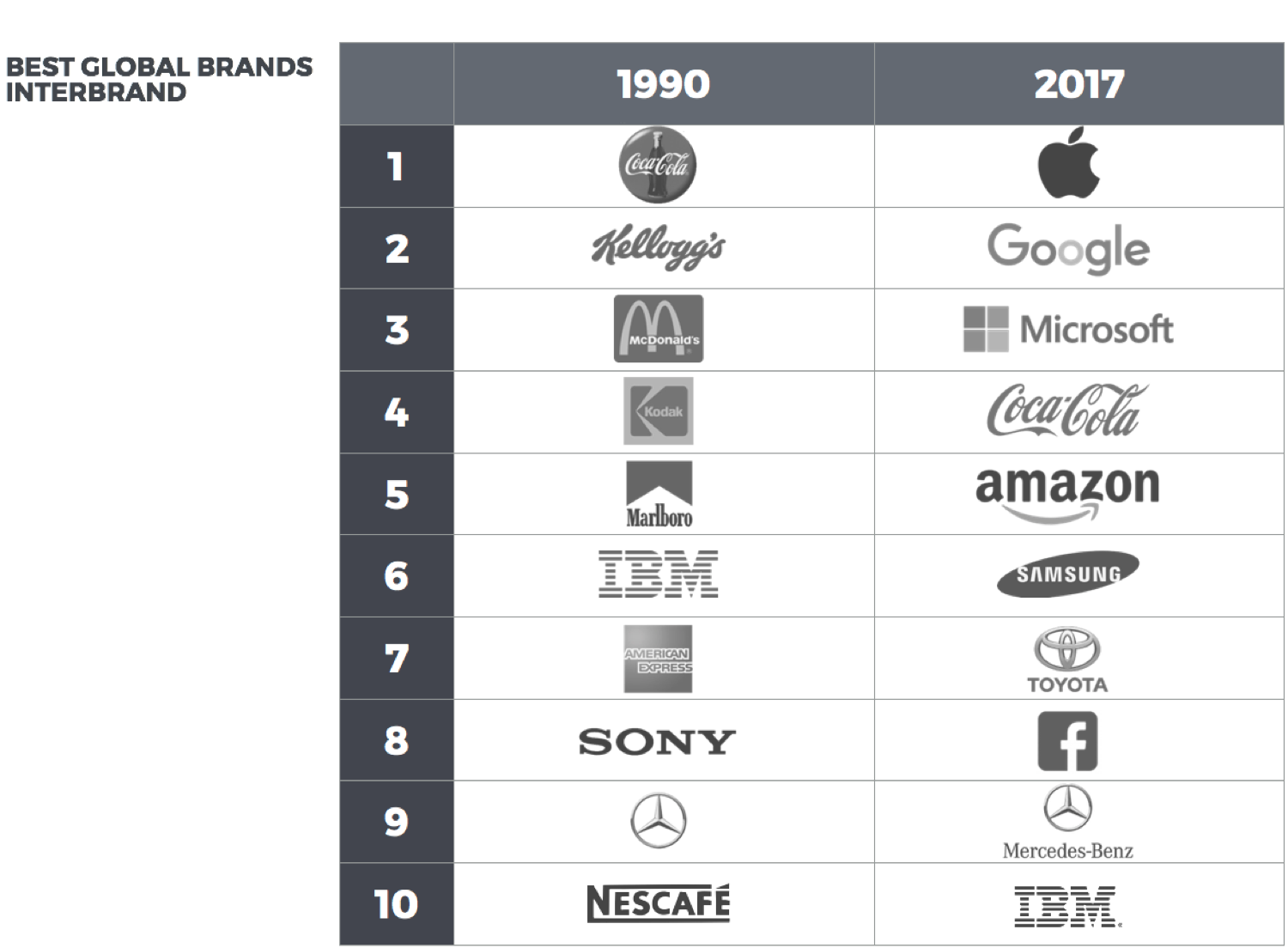 Coca-Cola has the same brand value than 15 years ago.

Kellogg’s brand has its third consecutive year of loss of value.

Marlboro is out of the ranking.

American Express brand has the same value it had in 2004.

Sony is worth half of what it was worth 17 years ago.

How did iconic big brands begin their business?

If you want to get the right way from now on, it’s time to check some recommendations. The brands looking for solid growth need a mix of hope, inspiration and execution. On this balance, major brands have appeared like an important reference model. During branding strategic debates these icon brands are commonly used as patterns. Then some debaters argue that is so easy for a big company to do whatever it wants. Money, staff, consumers, they have them all. By the other hand, how did these iconic big brands begin their business? Huge and strong or small and bold? Nike, HP, Apple, Häagen-Dasz. Four global brands, four examples; incipient beginnings, possibility of doubtful success. Stories that resemble thousands of brands that want to launch into market, but have questions about paths and energy they should spend on it.

Closely linked to the myth of the (super) hero, Nike has an authentic origin on the race tracks. It was born in training stadiums. Two idealizers, runner and coach, both passionate about finding a product that would improve the performance of professional athletes. A perfectly executed positioning strategy. On the other hand, HP and Apple were born in similar contexts, separated by decades of distance. The first one in the beginning of the boom of electronic equipment, driven by the passion of two inventors. The second in the great boom of personal computers, also based on two idealists of counterculture. Great ideas filled with business boldness. The first HP contract was signed with Walt Disney to produce the film Fantasy, a classic movie nowadays. Apple, however, emerged as a counterpoint to the dominant world of IBM, the undisputed leader of the day. In another segment, premium ice cream has a synonym: Häagen-Dasz: creamy, sophisticated, tasty. Like a good ice cream born in Bronx. Bronx? Yes, few people know it, but the cradle of this iconic ice cream is not Europe, but a New York borough that little matches with well-recognized attributes of the brand. Wisely, its creator searched a name that referred to the Nordic countries, even though it was not. In fact, the game of letters and the compound name have no meaning in Danish language in which it was inspired. But it brings all desired meaning to shape the right consumer’s perception.

Originality is the art of remembering what you’ve heard, but forgetting where you heard it.

If you look at art market there are many curiosities that for a beginner can make it bizarre. Rembrandt, the famous Dutch painter who by many is considered the greatest of all time, produced in his artistic career around 320 paintings. However, if we sum the works of Rembrandt in private collections (350 paintings) and in large museums (600 paintings) it is obvious that there are many collectors thinking to have a master on the wall, but they were deceived with a good copy. Just like art, the world of brands is full of copies, some good, others not so much. The fact that we see equal or similar replicas of something that already exists is linked to a number of factors, including the pursuit of success that others have already achieved, category mimicry, and the existence of tendencies that guide the decisions of competitors. The eventual taste of the market in the style of Rembrandt may have triggered a legion of followers, including some imitating his signature.

The access to a huge amount of information makes many brands like fake Rembrandts, they are painting now what others have done before. These brands are watching the big trends, the consumer’s behavior, mapping best sellers in trend setter’s venues, analyzing big data of their segment and making similar decisions than their competitor has already taken. Red paintings sell better than blacks and works with cows usually go bad on the art market. If you were an aspiring painter or a financial investor would certainly pay attention to these market details! Following a path already taken by others gives a false sense of safety. Someone else had the hardest job, mapped a place that was unknown. A consumer market was created and the arduous introduction curve was overcome. But the one who arrives after always runs after. You often do not even understand what happened. History and trends do not evolve like snowball; they are not continuous, with consequences as speed increases. Sometimes it’s not the time, people are not ready. One trend seems more like an avalanche, with the snow settling over the mountain rim. Until a sunny and common day, a simple touch of someone’s skis makes everything collapse in all directions. The copycat brands (or “me too brands”) do not know where the snow accumulates and not even the size of the mountain. Laurence Peter once said that originality is the art of remembering what you’ve heard, but forgetting where you heard it. At this exactly hour, snow that has fallen from the mountain has reached the whole market.

Despite the scaring challenges, brands and entrepreneurs didn’t give up.

So the next time you hear a great brand story, remember that it started like you. Small and invisible in the market. Inside the trunk of a car like Nike, in small garage like HP and Apple, or in the kitchen of modest and violent neighborhood like Häagen-Dasz. Always defying the great masters and the status quo, not following or copying the leaders. Despite the scaring challenges, brands and entrepreneurs didn’t give up. They had great ideas on their hands and searched for right tools to make them get the world. Think seriously about it when you try to find excuses for not to go further. Have another look at the chart of Best Global Brands. Just 17 years, short period of time, but a huge jump for several brands and its entrepreneurs.

Where do you want your brand to be in the future? Think what you’re doing right now.

If you are really willing to get your hands dirty do not paint a copy, but a new masterpiece. 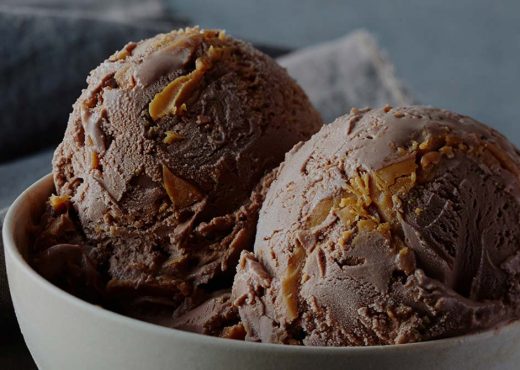 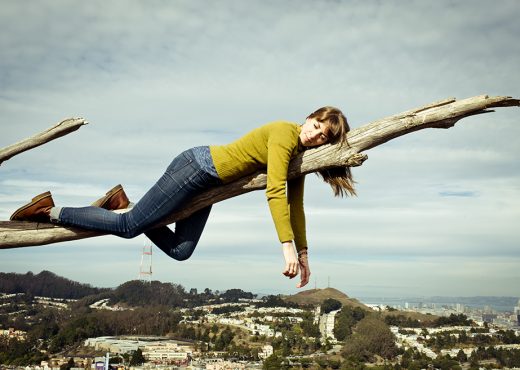 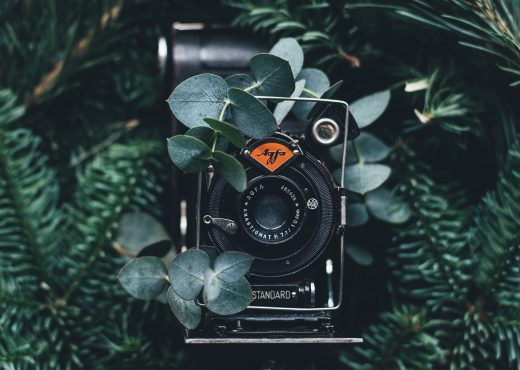 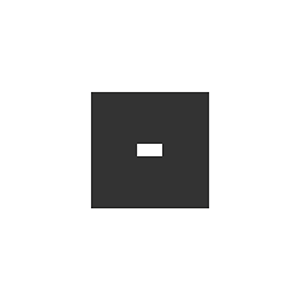